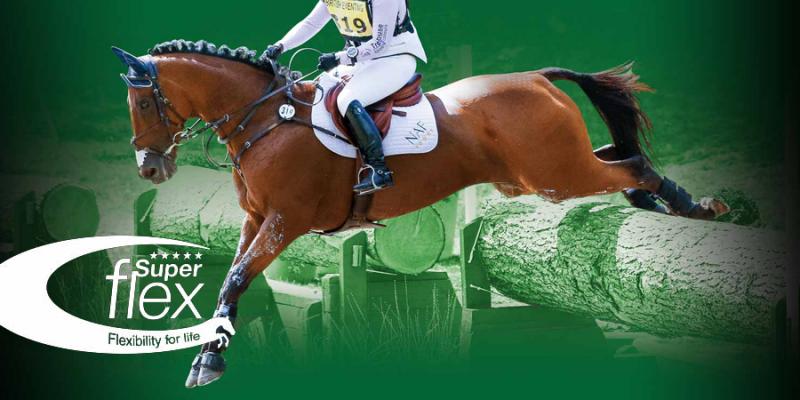 NAF Superflex Joint Supplement Powder has been designed to provide your horse with the right combination of ingredients to help keep their joints in good condition. Horses’ joints have to cope with an immense amount of stress, and one of the first things to show signs of wear is the protective layer of cartilage around the joints.

This, combined with thinning of the synovial fluid that surrounds the joint, marks the start of the deterioration of the joint. Although often initially undetectable, these effects will build over time until the horse is no longer able to work effectively. NAF Superflex contains the correct combination of key nutrients, in the optimum ratios, to effectively flush out excess toxin build up around the joint. Proven to support the health of both the cartilage and the thick synovial fluid that oils the joint, this formula contains a perfectly balanced mix of Glucosamine Sulphate, MSM, Chondroitin Sulphate and Hyaluronic acid (HA), developed over 25 years of working with sound horses. Naturally sourced antioxidants are also included to further increase the toxin flushing effects.

What did Kim think?

Jaguar is a 23yr Old TB Ex-Racehorse, who does not believe he has stopped racing!! (Even though he looks like a Rhino and is nicknamed Turbo Beans, this is one TB that doesn’t struggle to hold his weight)

During his Racing career he had 65 starts and raced until he was 6yrs old, he went from there Point 2 Pointing until he was 8yrs old, this job was followed by a season as a Hunt Masters Horse but his exuberance was not ‘polite’ enough to be bought back for another season and I was the lucky one… He came to me when he as 10yrs old with the attitude that everything must be faced at 90mph, at 23yrs old this hasn’t changed!

His working life slowed down with me when he became my Happy Hacker, whilst we continued to ride 5 days a week he loved his work, we now we only go out a couple of times a week but he still enjoys his whizzing and does laps of his field on a daily basis! When he first came to me he was very high energy and box walked when stabled at night. (No option to leave out 24/7). So much so he walked holes in the hardest wearing top quality rubber mats within 3 weeks.  I would have to be first on the yard. Also last to leave for my ‘Prince’ so that he wasn’t stressed about ‘being left behind’. Thankfully he settled and his box walking became a rare occurrence. Although even now when he hears a lorry starting at the yard he thinks he’s off out!

With all this his joints have been put under a lot of stress during his career. He has always had an ‘all round’ supplement. But when he turned 20yrs old I decided he really should have a specific joint supplement. I have tried various brands, he wasn’t/isn’t showing any arthritis or joint issues. But as a supportive aid it made me feel better!

I did try various supplements which didn’t appear to make any difference to him, but when I found NAF Superflex I would happily say that he stopped ‘clicking’ so much, although he never ‘creaked’ I feel that the Superflex has paid a part in keeping the inevitable away! We tried Superflex Senior initially and he did have a small reaction to an ingredient. This gave him a small rash around his muzzle so after some good advice from the team at NAF. We transitioned him onto Superflex Original and saw no reactions. I can only say good things about this supplement. He can be a little fussy with anything extra in his feed. But he didn’t even notice me sneaking it in!!