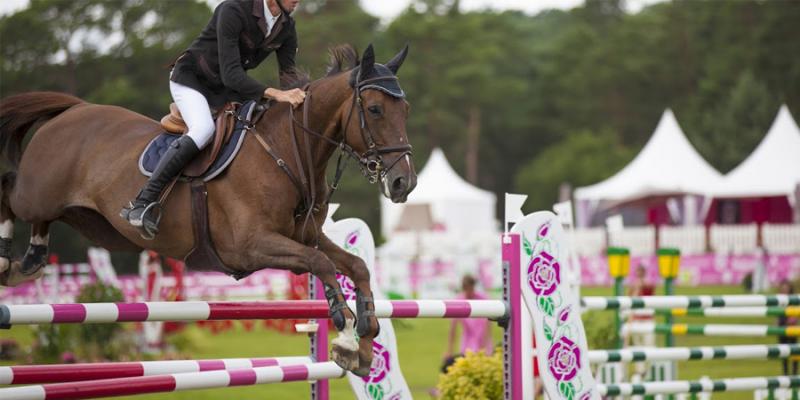 I ‘ve learned that my Best Friend and I can do anything or nothing and have the best time..

It’s a good lesson to learn. Repeatedly. With my Golden Oldie – I can spend three hours in a field napping with her and I think that’s perfectly acceptable – an afternoon well spent.

Libby? Oh no. No no no. Frankly, when one used to chuck me over her head over the mere hint of a cross pole, one does not want to spend the afternoon fussing the damn thing in the field. But something has changed over the past year..

I can categorically say that I have had one of the best starts to the year and its all been down to The Libster. We have been packing it in and it’s so nice to finally update you all on some ‘real’ riding not to mention some real bonding with my precious little former She Witch.

So, let me update you on this year to date!

We’ve left the ground! Praise be lords/god/goddesses and anything spiritual that by leaving the ground, I do mean that I have been attached to the horse and not just attempting to fly. It started with poles.. it led to small jumps, the next minute I’m practising dog legs, doubles and relateds and in a blink of an eye… I’M GOING XC SCHOOLING!

Excuse me for a minute… but here’s some photographic evidence:

Okay, now for the truth of it all: It has not been as dreamlike and perfect as I have just made out. I had my first stop a few weeks ago. We went off schooling to Rectory and it was our first time out. I had been schooling over about 80/90 at home and in my lessons with Polly which had given me some real confidence, until of course I got into that ring and despite having it to ourselves, all confidence drained out of me and I was shaking like a little wee leaf in Storm Hannah. Libby absolutely carried me round – Until I was told to take a bigger fence on and stupidly, I didn’t listen to myself, I froze two strides out and it resulted in our first stop.

Okay, Fine – Here’s the photographic evidence for entertainment purposes only:

If you look closely enough, you’ll be able to see that I have wet myself. I’m also just about to throw up all over her curly ears I am pooing myself that much. To her credit, that little mare of mine kept her head up and chucked me back in the saddle. I moved on, re-jumped everything and I came away a bit deflated but positive – However following a few negative comments from people who did not mean it – suffice to say, I mentally spiralled downwards and spent the entire night in tears.

Luckily, one had a fun ride the next day and buoyed by some fabulous company, I went around for 12 miles, gained a sore ass, jumped very little but returned with some determination and confidence back in myself and my donkey. So off we pootled to Rabson XC the following weekend and knocked some demons on the ol head. She’s always been a lot better at XC in comparison and I came away beaming… absolutely beaming.

Since then, it’s just engrained more and more into me that I’m actually really enjoying my horse this year. The amount of pressure that us equestrians put on ourselves when we are not professionals is sometimes absolutely immense. Furthermore, the pressure that we unknowingly put others under can be crippling. Always ensure you have nothing but a supportive group around you, for the love of god, this sport is hard enough as it is. Make sure you are one of those positive people.

Since then I’ll be honest. 24/7 turnout out is now upon us and subsequently, Libby has had her fill of me for the year and I cant catch the bloody thing. No. For Real. Its been a whole fortnight.

She has literally forced me to hang out with her in a field because if I get mad, she will run away from me. If I don’t get mad, I’m allowed to be within 2 metres distance. Just. So together in the field, we’ve discussed our plans for the year.

In the meantime, considering buying camo to get near her. Any tips gratefully received.